My wife and I took a February vacation to escape the cold and enjoy some Mardi Gras parades in New Orleans. Her bro-in-law and his wife had us as guests in a resort hotel. Best of all, they brought their bikes along!

I rented a cruiser from a nearby bike shop, and we took an afternoon ride. Had a tough time getting used to the coaster brake, but other than that the bike served me well.

Starting from our Garden District hotel, bro-in-law took the lead, choosing mostly main streets with either bike lanes or shared lanes through Uptown and Downtown. He was worried about me not being comfortable on busy city streets – he don’t know me very well – do he? It’s better to take the major streets than trying to snake around on the side streets because they are mostly a mess of potholes, uneven bricks, parked cars, and more potholes.

We had no problems cruising across the top of the French Quarter on Rampart St., then up Esplanade to City Park. It is here where we were to meet his wife, daughter, and grandkids for some quality playground time. However, the kids had both fallen asleep, so his wife jumped on a streetcar to meet us at the park and ride back.

It took a little over an hour for her to arrive, so we killed time with a tour of the park, cold drinks from the coffee shop, and a little bench time. This is a big park with a sculpture museum, art museum, and plenty of green space.

In front of City Park there is a large limestone podium that used to house a sculpture of a Confederate War hero. I asked a 20-something guy who was waiting for the streetcar if he knew who had been up there. His answer: “some dude on a horse”. Turns out it was General G. T. Beauregard.

Once his wife arrived she secured a Blue Bike (bike share in NOLA) and we headed back.

The trip went well until we got Downtown. It was getting dark, and I was feeling a little vulnerable without a front light (back light was blinking). The post 5pm traffic was thick and rushed, but we held our ground in the shared bus/bike lane and later a bike only lane. Unfortunately, the bike lane ended abruptly and we were tossed into a mess of interstate on/off ramps on a street that turned the wrong way. We ended up walking the bikes back to an intersection and finding a new street that was heading the right direction.

Directions are tough in NOLA because they are determined based on the location of the Mississippi River and Downtown rather than N-S-E-W. I just pointed and said “that way” most of the time.

Anyway, we got back on a route that was headed the correct version of “that way” that had a nice bike lane. We shortly came upon the Lafitte Greenway which gave us a respite from the auto traffic. Before long we returned back to the hotel in the dark.

Nice ride of about 16 miles!

(Photos below. Some taken while riding are crooked or poorly framed. Others taken from solid ground may be as well) 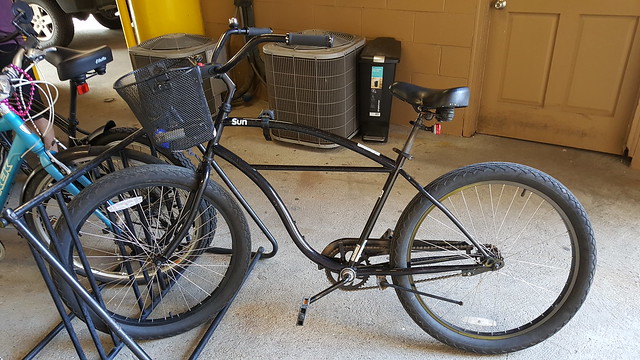 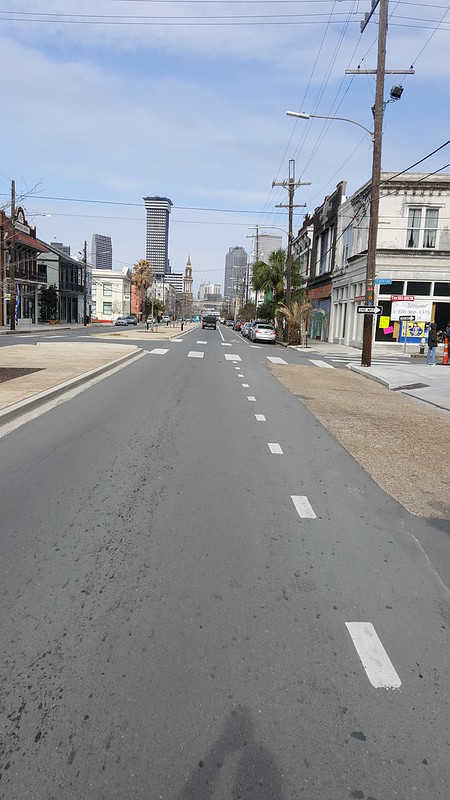 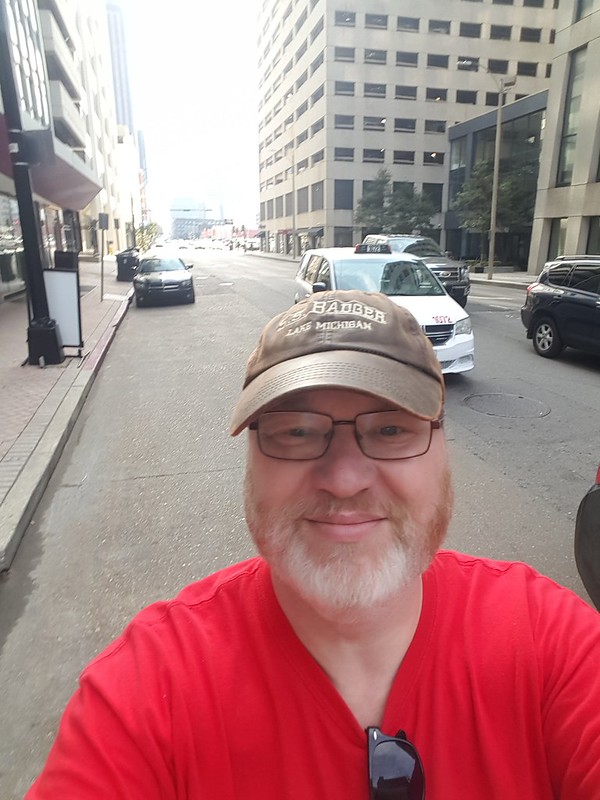 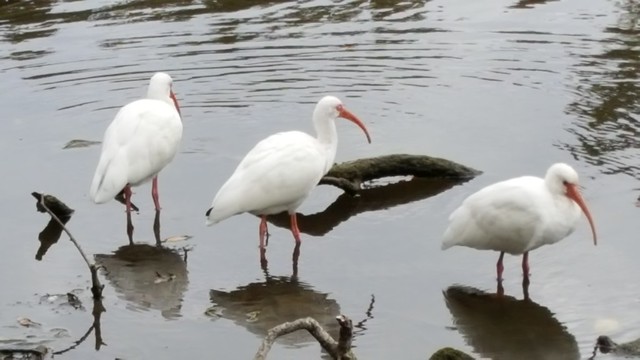 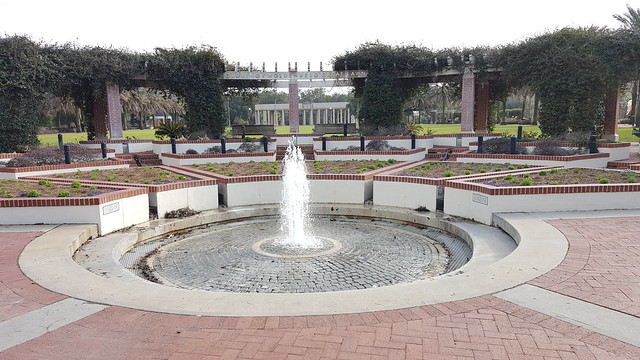 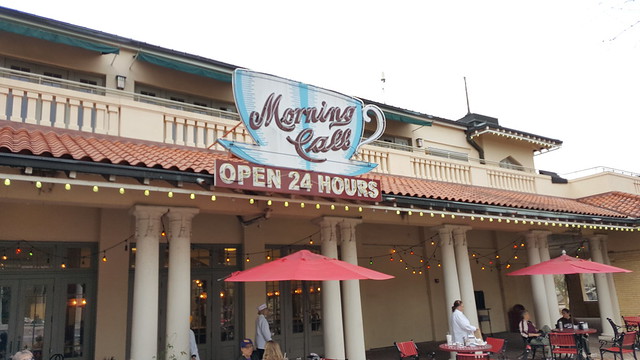 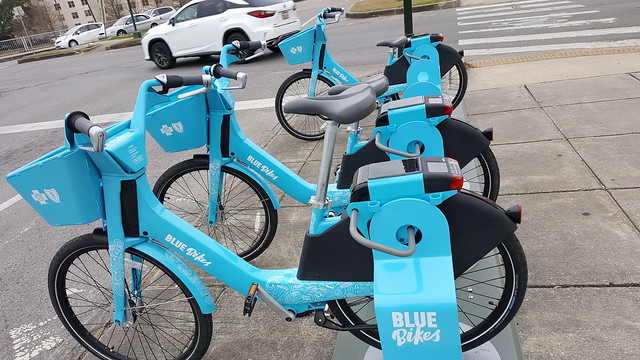 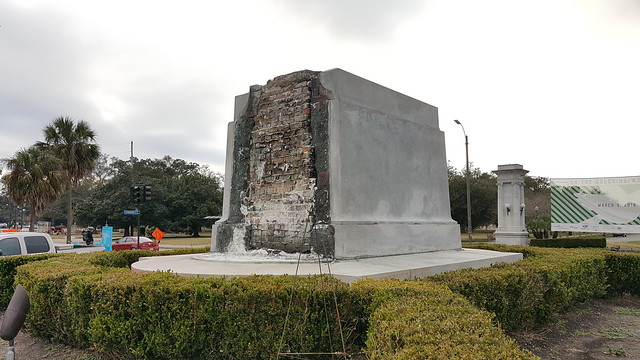 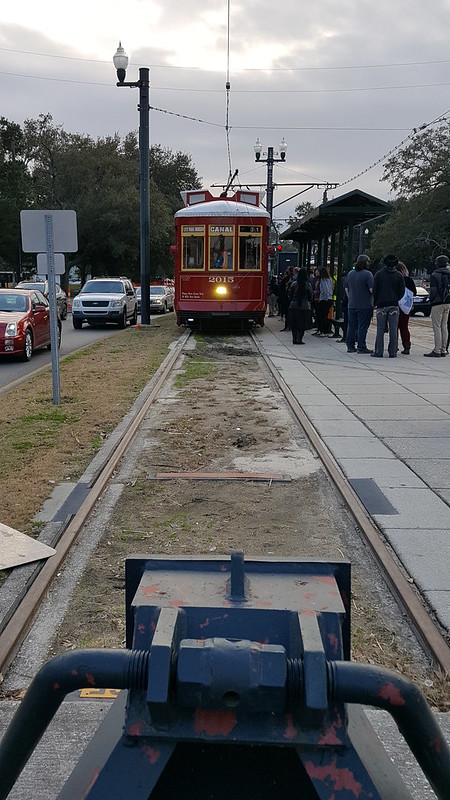 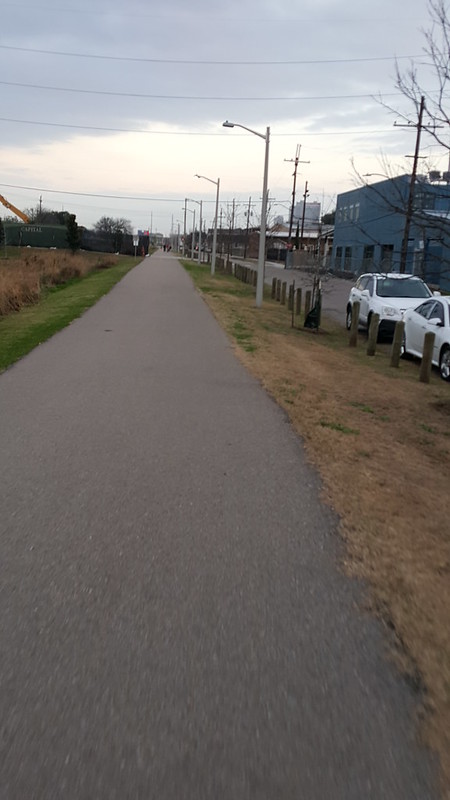