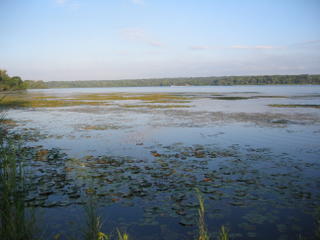 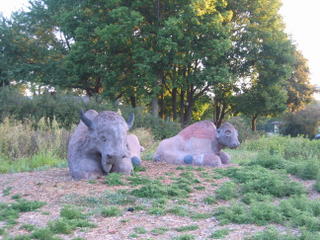 Once again, I was amazed at how well the routes were marked. There was even a bike route detour posted. Can you believe it?! 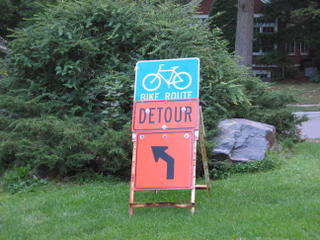 I’m not sure how long the Southwest Commuter Bike Path is, but I only traveled a short section – due to my limited time available. The surface is smooth, and the riding was easy. There is a nice bike bridge over the busy US12. 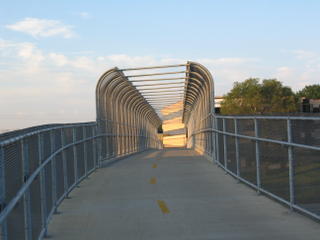 The UW Arboretum is a great park in the middle of the city, and it contains Lake Wingra. There is no through auto traffic allowed (except on Sundays), so the road was clear for bikers and joggers. And there were many of us. I also came up on a turkey hen and her brood of poults.

The Wingra Creek path is another great ride, with several small bridges, and a nicely maintained creek bank on the south side. John Nolan was just as good as it was yesterday. The Brittingham Park path was heading the opposite direction I had intended to ride, but it looked inviting. 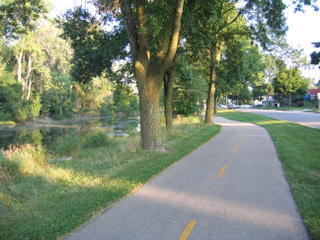 This was a small problem when I left that trail and start back east to find the Capitol Building. All of the roads were getting busy a 7:45, so I took a somewhat serpentine path along secondary streets to make my way in. I took what should have been a neat auto-timer photo of me on the steps of the building, but the camera focused on me as I pressed the button, not on where I stood for the photo. The shot is out of focus and overexposed. Oh well!