It was 3:30 when I finally got out today. I was hoping to hit the warmest part of the day, and I think I picked a good time. It was still chilly enough to wear a long sleeved shirt, and even though I got a little warm in the sun, I sure appreciated the coverage in the shade.

I started heading east on River Road, and jumped onto the Wabash River Heritage trail at its south end. I stayed on the West Lafayette side and stopped at the Brown Street Overlook, where I shot the 2nd picture ever posted on this journal around 10 months ago. 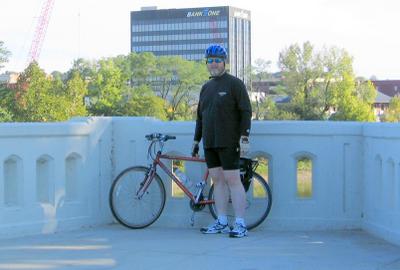 Brown Street Overlook
A little bit north of Brown Street is the Burnham’s Site. This was a boating shop that has been vacant as of late. West Lafayette and Purdue University have purchased the site and plan to build a boathouse, at least part of which will house the Purdue Crew team. 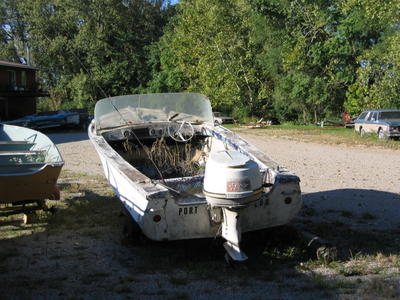 The “Port Lou”
At the north end of the trail, I crossed North River Road (SR43) and headed up the hill on Robinson Street. This hits Salisbury street near a restaurant whose name escapes me. The bike lane on Salisbury was pretty clear, except for the apples strewn about. Many were smashed into an asphalt applesauce – apparently by passing cars that can’t stay in their lane.

As I then pedaled west on Lindberg Road, I passed a guy walking in the bike lane carrying a black bird, maybe a starling. I was too surprised to stop and get the camera out. Plus, I wasn’t sure if he would appreciate me taking a shot.

Continuing west on Lindberg, I found the Cattail Trail and took it south to Cherry Lane. Just a short roll west brought me to McCormick Road, and I flew down the hill towards the Purdue West Shopping Center. 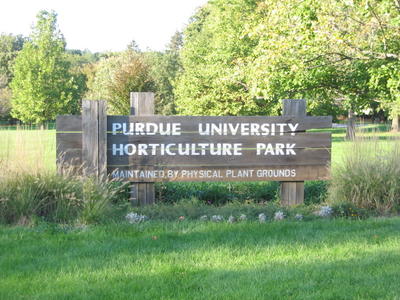 Purdue University Horticulture Park
For a change of pace, I cut through the Hort Park to get to SR26. Instead of taking the usual route on Newman, I traveled over the tracks and up the hill on SR26 until reaching Sharon Chapel Road. SCR took me south and back to Newman, and I continued home.